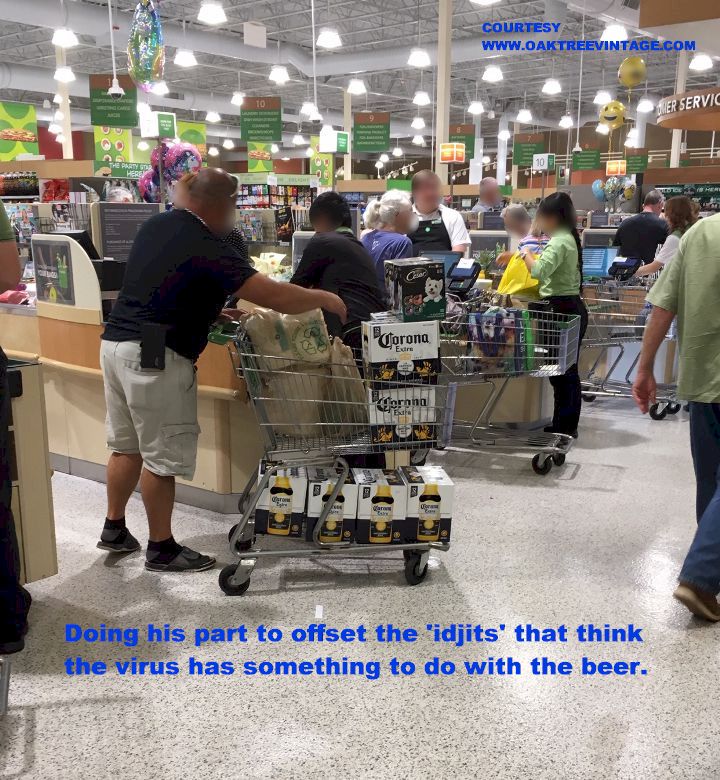 (photo taken in March / April when there was actually rumors / conspiracy theories that the virus was spread from a Corona Beer. Yes, the original rumors were probably started in jest, but some people were actually believing it as viable or even fact. Maybe funny, but potentially hurts a brands' business as the butt of a joke. NOT funny.)